1960’s Activism, Archives and the Now: A Talk by Paul Lauter: Talk and Suggested Reading

In his new book, Paul Lauter, Allan K. and Gwendolyn Miles Smith Professor of Literature, Emeritus, recounts his experiences in the tumultuous 1960’s as an activist involved in the many movements to fight against war and for social, racial and gender equality. It was a transformational decade which echoes in today’s social justice activities and political turmoil.

Dr. Lauter has donated his personal archive to the Watkinson Library and has also facilitated donation of the RESIST organization’s entire archive. RESIST, with Dr. Lauter as a founding member, was initially formed to encourage resistance to the Vietnam War draft but grew to encompass other progressive movements. The Watkinson and Trinity College Library have collaborated to digitize a portion of these materials. As a result, Dr. Lauter’s academic and social works are reflected in both the print and digital collections.

All are welcome at this virtual event. Please register for this event. 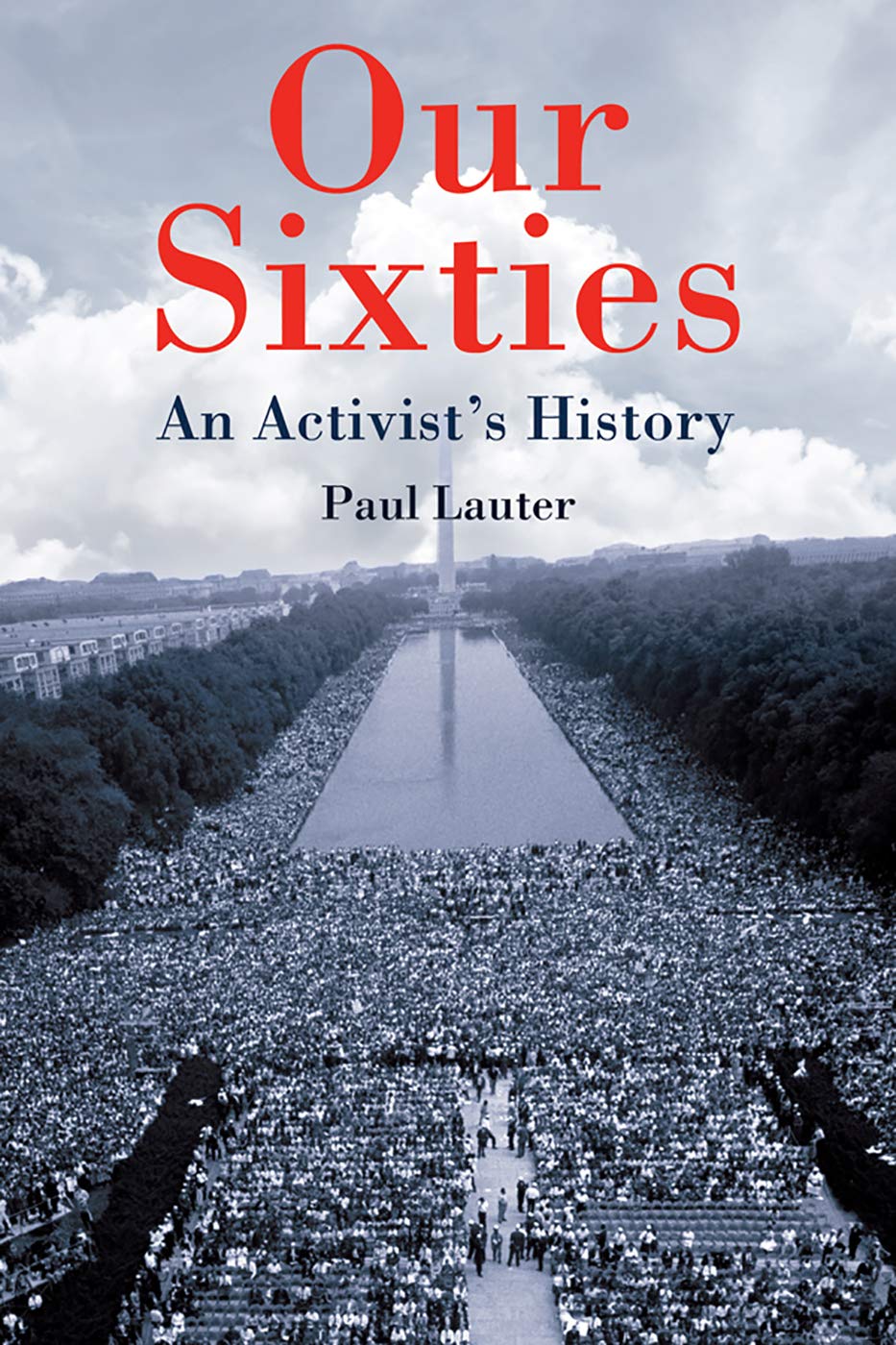 Paul Lauter examines the values, the exploits, the victories, the implications, and sometimes the failings, of the complicated "Movement" of the Sixties, using his wide-ranging experience as an activist and writer. In Our Sixties, Lauter writes about movement activities from the perspective of a full-time participant: 1964 Mississippi freedom schools; Students for a Democratic Society (SDS); the Morgan community school in Washington, DC, which he headed; a variety of anti-war, antidraft actions; the New University Conference, a radical group of faculty and graduate students; The Feminist Press, which he helped found; and the United States Servicemen's Fund, and organization supporting anti-war GIs.

Lauter got fired, got busted, got published, and even got tenure. He honed his skills writing for the New York Review of Books among other magazines. As a teacher he created innovative courses ranging from "revolutionary Literature" and "Contesting the Canon" to "The Sixties in Fiction, Poetry, and Film." e led the development of the groundbreaking Heath Anthology of American Literature, which makes diversity of representation a priority and aims to reshape the American canon. He remains its general editor.

Our Sixties offers both a retrospective look at the social justice struggles of the Sixties and an account of how Lauter's participation in these struggles has shaped his life. Social history as well as personal chronicle, this account is for those who recall that turbulent decade as well as for those who seek to better understand its impact on American politics and society in our current era.

Our Sixties is available from the University of Rochester Press.