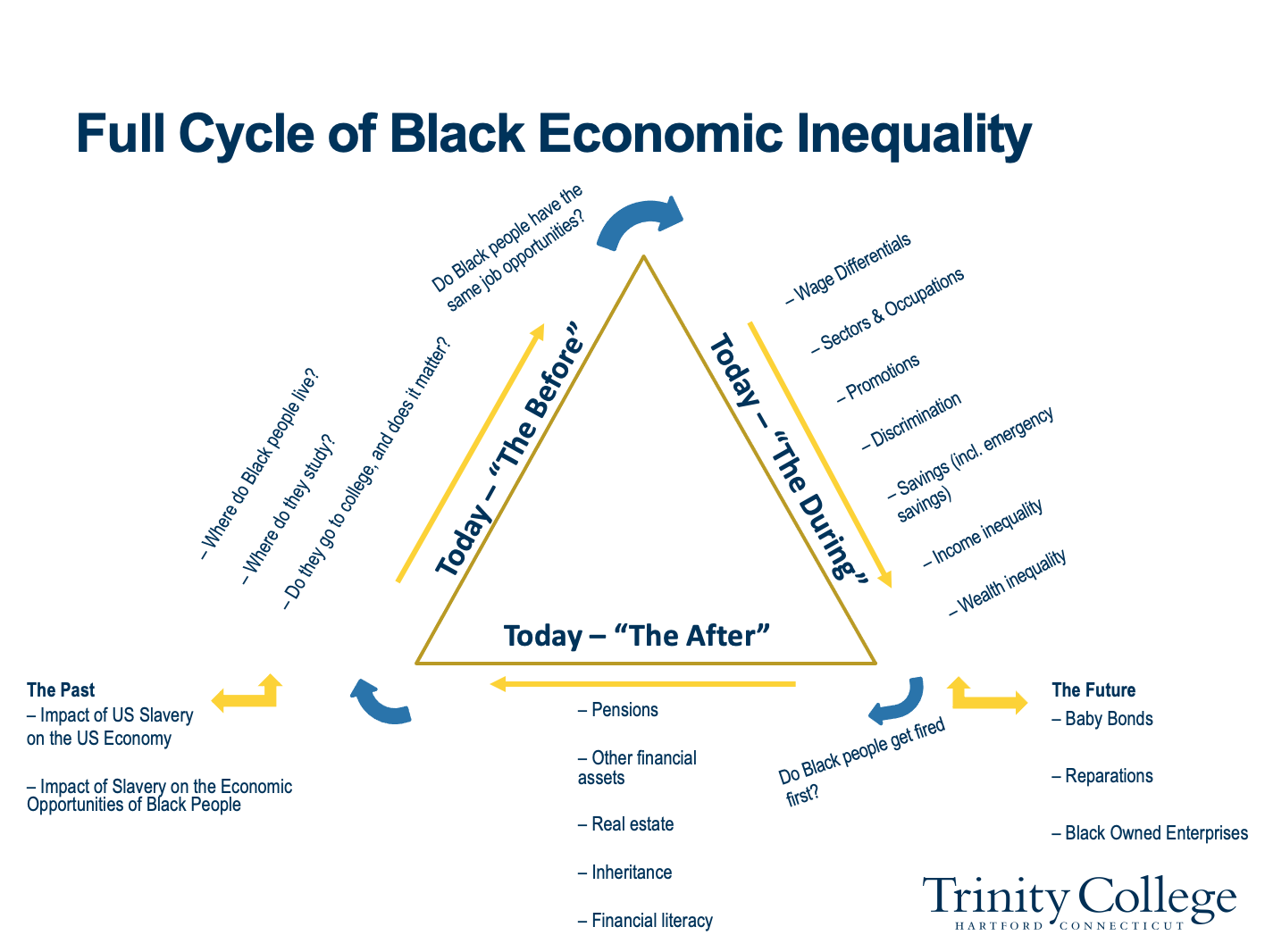 Our study primarily focuses on the issues that impact Black people before they enter the labor force, while they are in it, and upon exiting the labor force. Beginning as early as the days of slavery, the way in which capital has been organized in our society and the role it continues to play, is the common theme when it comes to inequality in not only the U.S. but particularly in the Black Political economy. At every point throughout the labor force (before, during, and/or after), it is evident that several underlying issues contribute individually to facets of inequality.

Most economists identify specific inequalities and look to find the solution to those problems. Another way, a more efficient way of tackling economic inequality, is to recognize, again, the role that capital plays in our society and at every point throughout the cycle of the labor market. At every step of the way though, the need for and access to capital are the major impediments to Black people’s ability to better their circumstances whether before, during, or after leaving the labor force. We could point to a variety of statistics and figures to explain portions of inequality, however holistically, we see that capital is the fundamental cause of all facets of inequality in the economy, but particularly in the labor market and as it pertains to race. This becomes increasingly important as we learn and realize the role that how much capital you have, and your accessibility to capital is heavily reliant upon what racial group you belong to. Income, wealth, labor market activity, loan denials, etc., just to name a few, are some key areas where we can identify racial disparities in the economy. In every area however, we see that the inequalities disproportionately impact Black individuals, and this has consequences for the Black American Political economy.

No picture of the Black American Political economy can be drawn without acknowledging the disproportionate impact of race on almost every factor. Whether before the labor force, just entering the labor force, during, and/or after we can see that if the issue of capital is not recognized or taken care of, the cycle of economic inequality in the Black American political economy will persist.